I’ll be very honest. 42nd Street was one of the musicals I didn’t care for. Even though my genre preference is quite varied, 42nd Street hadn’t quite made my list of top shows to see when opportunities (and there were a lot) arose. Notice that I reference it all in past tense.

Michael Riedel’s Razzle Dazzle: The Battle for Broadway referenced 42nd Street a lot when he talked about the creators and how it saved Broadway at that time when it was starting to see its decline. This was when my interest in the show started. From then on, I’ve been listening to the original cast recording, which increased my level of interest. 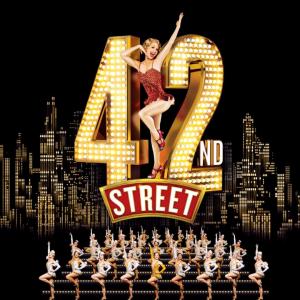 Imagine my delight when The Shows Must Go On, a YouTube channel full of showclips, series, full performance videos, aired the show for free. I finally got a chance to see the recording that was filmed in Theatre Royal Drury Lane and what can I say – I wasted a lot of years not admiring this spectacle!

So yeah, I may be late for the party but am so grateful that I did myself a favour and enjoyed 42nd Street in all its toe tapping glory. Catch it on Broadway HD. I guarantee it’ll be worth it!

Extraordinary delight of musicals and spirituality