The Vancouver Fringe Festival may have ended for this year but there’s still more Fringe happening as the 2016 Public Market Pick of the Fringe winners has been announced!

Six shows garnering rave reviews and lots of word-of-mouth buzz will be back for another performance – all at Performance Works, 1218 Cartwright Street, Granville Island.

Travis Bernhardt, creator of the award winning magic shows Unpossible! and Lies!, returns to tell fortunes, lift curses, and speak to the dead.

And Bella Sang With Us
Wednesday, September 21 at 8:45pm

Set in 1912 and inspired by Vancouver’s first women police officers, And Bella Sang With Us asks: Can two Constables save a young woman from a life on the streets? Will they find their way in a police department driven by men? Will running after criminals while wearing floor-length skirts ever get easier?

The After After Party
Thursday, September 22 at 8:45pm

Jules and Fiona make their own party. That’s because they’re never invited to the real party. The After After Partyexplores the ruthlessness of high school politics, the all-consuming need to be liked, the omnipresent (whatever that is), and above all, friendship.

A surreal quest into the microscopic innards of a mythical beast. Funny, beautiful, and strange with handmade layered projections and an original musical soundtrack.

Brimming with songs and stories that vividly reveal all the fears and foibles of five-year-old “Smelly Elliott” a.k.a. Beverley Elliott, known by her fans around the world for her recurring role as “Granny” on ABC’s hit series, Once Upon a Time.

Set in the YVR baggage claim, Carry On: A Musical examines the convergent lives of weary wanderers and the baggage they bring with them.

Aside for this year’s Picks, the Fringe is bringing back some of last year’s shows that are too good to bring back!  Billed Pick Plus, the shows will be presented at Performance Works – 1218 Cartwright Street in Granville Island

All our favourite characters come to life as they brunch, banter, argue, and swoon over men and Manolos. From “Fringe god” TJ Dawe (Marathon, Burn Job) and Kerry Ipema (PostSecret: the Show), this tribute takes audiences through a laughter-infused version of each season of the beloved show. 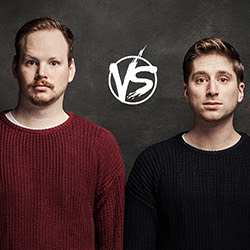 Told through tightly choreographed prop manipulation, martial arts, and physical theatre, The New Conformity shines a light on the comfort of conformity versus the freedom of individuality.

Vancouver’s favourite deity returns with an all new show! God, dressed in a floral power suit is back to skewer everything from politics to the platypus in an unforgettable new hour of comedy!

Partial proceeds from Pick and Pick Plus shows go to support the Vancouver Fringe Festival and tickets are on sale now!